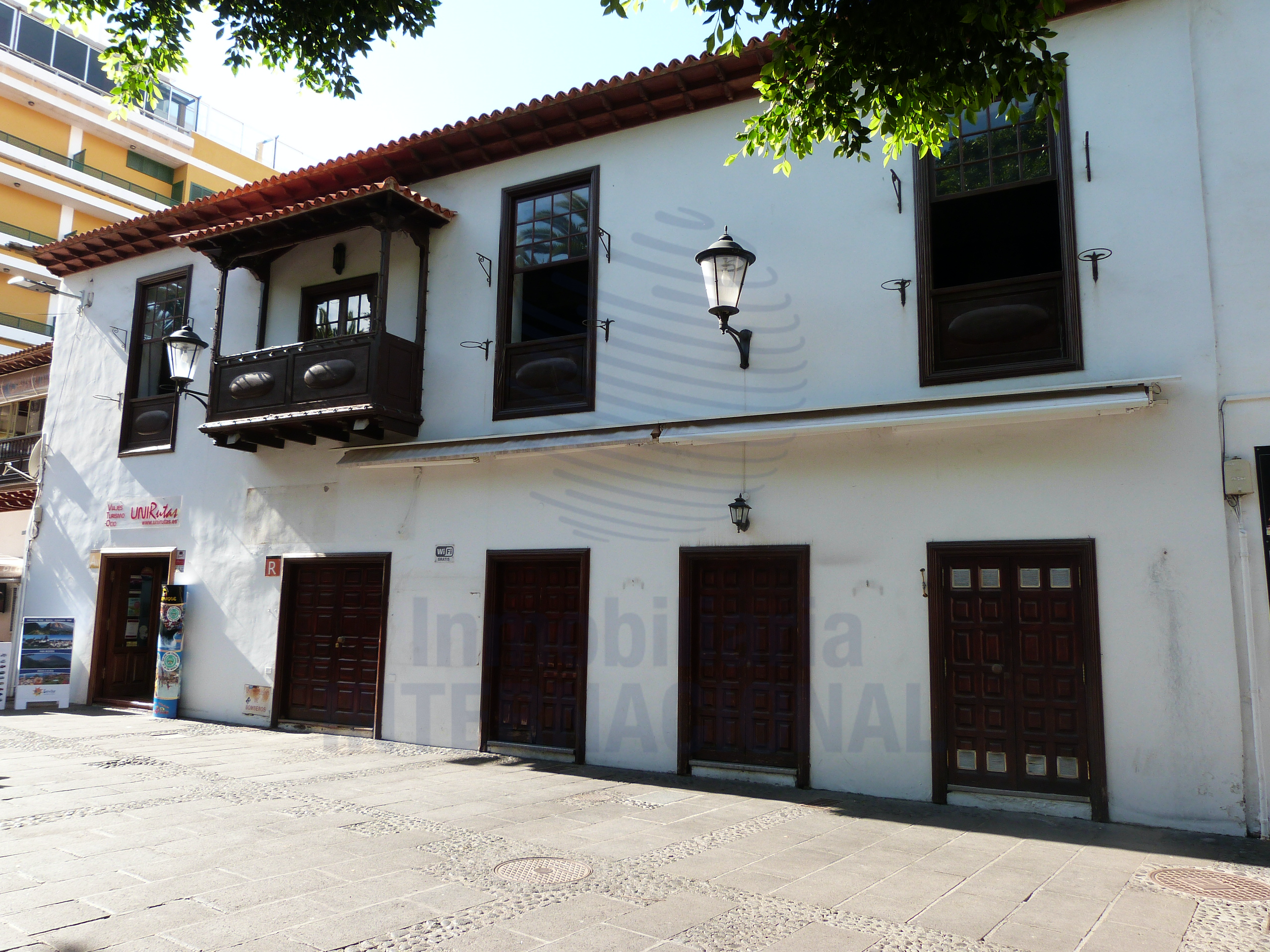 Emblematic historic mansion for sale in the busy Plaza del Charco. Commonly known as “La Casona”, for years its patios and rooms have housed a well-known restaurant, admitting in addition to this other uses, such as a shopping center, store, tourist, etc. It consists of 18 meters of facade in front of which a terrace can be installed. Inside it consists of two floors. The ground floor with an entrance hall, on the sides two premises with access to the first covered patio of 66m2 and a second covered patio of 105m2. Around it are articulated various rooms such as bar, kitchen, storage room and warehouse. Constructed area on the ground floor 366m2, 333m2 on the first floor. Access to the first floor through the same patio, where there is a large 131m2 room that overlooks the Plaza del Charco. Leaving this, a Canarian balcony-type corridor over the patios serves to communicate other rooms such as the toilets (male, female and staff) kitchens, and a large open terrace of 73m2 surrounded by porticos of 138m2. An exceptional property, with great possibilities in a strategic commercial enclave.